Four years ago I had the pleasure of meeting John Fenton and his wife Jonanne. One of our instructors,Jaqueline Murdoch, had introduced John to the ACTIVATOR™ poles while working with him on improving his balance and strengthening his walking endurance. She could tell that he was skeptical about the polesat first, but being the good sport that he is, John gave them a try hasn’t looked back since.  Little by little,day by day, John walked further and further until he eventually reached the 10 kilometre mark, despite suffering from severe stenosis.  When I first met John and in wife at a local coffee shop in January 2015, he shared that only a few months prior he had been struggling to walk and had been in a great deal of pain. The poles had helped him to feel more secure while walking and gave him the confidence to walk greater and greater distances. He felt that the poles had been a life saver because of their many health benefits and the stabilitythat theyprovide. This view was also supported by his doctors who strongly endorsed walking as significant for his continued health. He also relayed that he was on a mission to complete a 10 km walk in February for the Coldest Night of the Year fundraiser in Toronto. The proceeds of  which would go to support the Yonge Street Mission, a charity that John had been tied to since he was a young boy.

When he first said he was going to complete the 10 km walk, I thought to myself, “That sounds fabulous, but I can’t imagine that it’s going to happen”.  He was 82 years old and struggling with mobility.  I was doubtful but also hopeful as he said it with such conviction that I wanted to believe him. I committed to walking with him, alongside my family, and to John’s credit, he not only finished the 10 km, but his team of Nordic Kids were the only team to actually complete the 10 km walk option. All other teams chose to do the 5 km walk – which is still very commendable – but it spoke volumes that this team of Nordic Kids, led by John, were the only ones to complete the 10 km.

Remarkably, that year, John raised $18,0000 for the Yonge Street Mission. For the next three years he continued to complete the walks and raised $27,000 and $38,000 respectively!! Each year he exceeded his fundraising goal by at least 20%. This year, at the age of 85, John will be completing his final walk to help the Yonge Street Mission at the Coldest Night of the Year taking place on February 24, 2018.  John feels blessed to have been Treasurer of the Mission for 10 years and to have been associated with it for 74 years. His goal is to raise $50,000, which may soundlofty, but don’t underestimate this man, as I did, for he really defines the statement, “Where there is a will, there is a way.”
John’s dedication, perseverance and commitment to helping his community is truly what inspires so many of us, including myself, to be better, to give more, and to be grateful for what we have.

Thank you John! We wish you nothing but the best in your upcoming walk & always.

If you would like to join John’s team of Nordic Kids or make a donation please visit:
https://secure.e2rm.com/registrant/TeamFundraisingPage.aspx?teamID=787819&langPref=en-CA 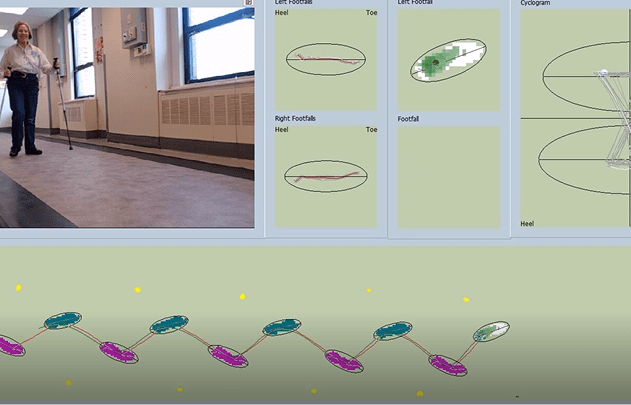 CRITICAL MONITOR LINES to the FINISH LINE This month will re-introduce Rob MacDonald, a miraculous story of a