At the European Congress for Physiotherapist in Liverpool, UK we had the opportunity to introduce Wendy Walker to the Activator poles. I have trialled Activator walking poles with several patients, and the results are pleasing. They are a logical progression for someone who is ready to reduce weight-bearing on upper limbs (eg. coming from elbow crutches or sticks) yet still needs some support when walking distances.

The most dramatic success was with a mature gentleman with a mild stroke, who had progressed to walking unaided indoors, but still relied on his tripod when walking outdoors as he struggled to maintain balance on uneven ground. Once he tried the Activator poles his gait improved enormously, with a more even stride cadence and length. The result was instant – he marched out of the door to try them out in his garden, and announced that he felt much more confident and better balanced. So we were both happy: he felt he had regained his independence when outside, and I was pleased with the marked improvement in gait.

The way walking poles promote a natural reciprocal gait is useful for many patients, and I can see how they could be of use in patients with Parkinson’s Disease and MS; indeed, there are are several studies on the use of poles in Parkinson’s from Ebersach et al, Reuter et al and van Eijkeren et al.
The Activator poles have a unique hand-grip which enables the user to stabalise their arm through the lateral border of the hand, thus providing a little more stability than standard walking poles as well as promoting a more neutral wrist posture.

CoreGripIn the world of musculo-skeletal physiotherapy, there are many obvious applications for walking poles, and several studies which demonstrate their benefits in conditions such as OA knee and intermittent claudication as well as a Hungarian study showing improvements in balance, functional mobility, muscle strength and aerobic endurance in the elderly.
Follow the link to take a look at the activator poles yourself.
Here is a table detailing the differences between standard Nordic poles and the Activator poles:

Many thanks to Wendy Walker for this review.

Review post by: Wendy Walker
I am a neurological physiotherapist in the UK, with a special interest in Acquired Brain Injury and complex conditions, CVA, and Facial Palsy, and have been a provider of specialist Outpatient Facial Rehabilitation for the NHS for past 11 years.

My teaching interests include training therapists to use Surface Electromyography (sEMG) equipment, as well as running workshops on use of sEMG for evaluation of nerve problems, and for Biofeedback. In addition I teach regular courses on use of Trophic Electrical Stimulation and present workshops to physiotherapists and Speech and Language Therapists on Rehabilitation for Facial Palsy.

—“How long should my poles be?” “Which style of poles is best for 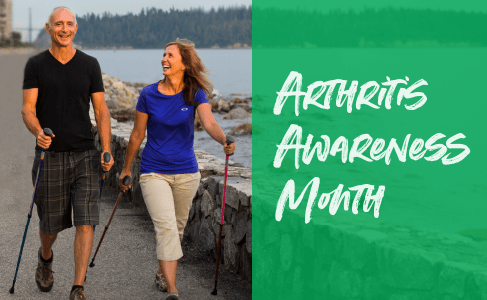