Vancouver, BC – Don Ferguson, an Ottawa-based older adults fitness instructor, has won the 2013 Urban Poling Trailblazer Award. The award is presented to certified Urban PolingNordic walking instructors who have made an outstanding contribution to the well being of their communities by promoting healthy lifestyles through urban poling.

With over 40 years in the fitness business, Don began teaching urban poling classes five years ago. He was keen to bolster what he calls his “tool box” of exercise equipment, qualifications and approaches. “My most successful tool to date is Urban Poling’s ACTIVATOR walking poles,” he says.

Don teaches at the City of Ottawa’s Bob MacQuarrie Recreation Complex, and for many of his classes he uses Urban Poling’s ACTIVATOR poles (for adults with balance and stability issues) and its Series 300 Nordic walking poles (for people exercising at a higher fitness level).

“Most of my energy now goes to the ACTIVATOR classes because the success rate is so high and because participants are so grateful for the improvement in their active daily living routine,” he says. “One person told me that finding the poles was like being let out of jail!”

Don has reached out into his communityby producing a dozen handouts and writing articles on poling. But he finds that demonstrations at seniors’ residences, in churches and via demo classes at the MacQuarrie Complex are the most effective way to promote the activity.

“Don has tirelessly presented to community groups, researchers and fall prevention programs, and he has really made a positive change in the lives of many people, particularly those with Parkinson’s disease,” says Mandy Shintani, co-owner of Urban Poling Inc.

According to Don, “Poling is an all-inclusive exercise activity that helps people of all physical abilities get moving. I’m currently putting a lot of effort into working with people with Parkinson’s disease,” he says. “When these people see their balance, strength and arm/leg coordination improving, they get excited!”

About Urban Poling Inc.
Urban Poling Inc. manufactures and distributes four styles of Nordic walking poles all with ergonomic and easy-to-manage strapless handles. It is the largest Nordic walking pole distributor in Canada and offers the only Nordic walking instructor training program recognized by Canada’s largest fitness organizations (AFLCA, MFC, BCRPA, SPRA, CCAA, OKA and canfitpro). In 2013, the company certified its 2,500th instructor. With instructors in every province, a consumer DVD and extensive support for its instructors, the company is primed for another outstanding year.

Mandy is available for interviews and can supply a variety of high-res photographs.

Does your fitness routine measure UP?

Whether you’re new to exercise or have led an active lifestyle for years, it’s important to strive for 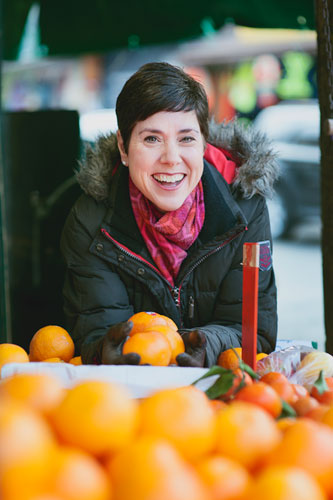 Jean LaMantia is back by popular demand! We were thrilled to have had Jean speak as part of our